Edeka is one of the largest food companies in Germany with more than 11,000 supermarkets in its retail food chain. In 2018, the Edeka Group, which includes EDEKA Südwest, had total annual sales of EUR 53.6 billion.

For large corporations, the implementation of a tax compliance system is particularly important for ongoing compliance and audits. Some of the challenges include:

“It is a challenge to establish a tax compliance culture in a company and to actively manage and monitor compliance and implementation of tax obligations across all areas of the company,” explains Florian Faißt, head of taxes at Edeka Südwest.

In addition to enhancing compliance to taxation rules, Edeka Südwest needed to comply with Germany’s GoBD directive, which governs management and storage of electronic data. These directives and a number of internal issues gave the company reasons to review their previous compliance culture and internal control systems.

The company’s financial administrators decided to use the Alessa to help them improve their compliance to tax regulations, conform to the GoBD directive, enforce internal controls and prevent fraud.

“When searching for a solution for mass data analysis and implementation of automatic controls, we focused on the amount of data to be processed, the process automation capabilities and what would be acceptable for the financial administration department. It was also crucial for us that the solution be implemented by Audicon and Alessa met all these requirements,” says Faißt.

In partnership with Audicon, Edeka Südwest implemented a company-wide compliance and risk management system using Alessa. They developed and implemented testing procedures in the solution to ensure that the correct sales tax was applied for every invoice. These are checked each day with the push of a button.

Depending on relevance and need, these automatic tests are scheduled to run daily, weekly, quarterly or annually.

Alessa made it possible to process large amounts of data automatically with high speed and low system load. The ability to automatically check every invoice has not only increased the company’s compliance to internal controls, it has also has reduced the chances of errors and fraud.

“In the past, these tests were largely manual and random, but now they are completely automatic with Alessa,” says Faißt. “The time they saved is now used to carry out other analysis.”

With Alessa, responsibilities can be clearly organized and the integrated workflow and escalation management ensures that the appropriate responses are set in motion for any issue that needs further investigation.

Finally, Alessa’s ability to adapt to the company’s own processes and across all departments allows Edeka Südwest to keep an eye on risk points. Without this tool, compliance officers would not be able to conclusively demonstrate to management and regulators that compliance is a top priority for the company.

“This is an advantage over competing solutions, because standardized solutions do not have the flexibility to address the complexities of our processes and therefore do not deliver satisfactory results,” said Faißt.

Audicon as a strong partner

“The decisive factor for our cooperation with Audicon was that we got to know Audicon GmbH as a powerful partner with a lot of project experience. It was also important for us that Audicon worked with financial authorities and auditors and the resulting knowledge and experience, which can also be transferred and applied well to Edeka Südwest,”said Faißt.

An overview of what financial institutions need to know about FinCEN’s real estate Geographic Targeting Orders.

The Travel Rule for Crypto

An overview of the Travel Rule for crypto with explanations of AML regulations and best practices for compliance. 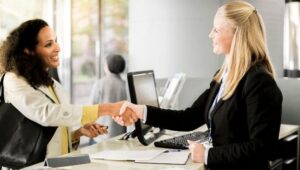 A recorded webinar on how to optimize operations and solutions for transaction monitoring in the banking industry.

Join the thousands of AML professionals who receive our monthly newsletter to stay on top of what is happening in the industry. You may opt-out at any time.